Skip to content
Menu
Name Your Tree
Your FN
Menu 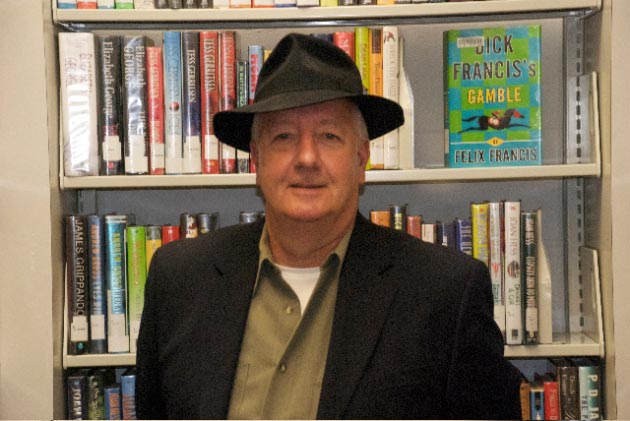 Last week I was introduced to Peter Bradbury who’s written a book on the very important subject of bullying. The book is called Consequences, which was inspired by the true plight of his grandson Bryce.

ForestNation is about caring for the environment and each other.  I’ve always hoped that one of the positive side effects of ForestNation will be a reduction in bullying because we are all enjoying acting out of kindness towards each other.  So when I spoke to Peter I immediately wanted to help communicate his new book.

Here’s what Peter has to say:

It is a huge problem, one that is frequently talked about, but very little is ever done. Sure, some schools have adopted a “No Tolerance” policy, but when faced with a bully’s influential parents, or the bully being a most integral part of a sports team on a big winning streak, that policy tends to fly out of the window. Very little if anything is done about cyber bullying, as the usual excuse is “it happens away from the school grounds”.

Workplace bullying is getting worse, yet is practically ignored by sites like www.stopbullying.gov . Children see what their parents have to contend with at work, or their parents are the bullies and they tell their kids that to succeed they must step on people, hurt their feelings, or do what is necessary. Most people hate their jobs these days, the days of working in a happy environment are almost gone, as greed and ruthlessness takes over. The bullies get promoted as they ensure the workforce don’t get decent raises (evaluation reports), they get their projects done even if they have to work longer for no extra pay, and don’t take their full vacation time.

Children watch television, shows like Survivor and such, and guess who wins? It isn’t the nice contestant. The winner is nearly always the nastiest, most devious, dishonest person. I hate these kind of shows because of the message they give.

Now I don’t agree with these schools, or programs, that refuses to let anyone ‘win.’ I have no problem with anyone winning fair and square, and children need to know that. You shouldn’t get a prize for coming last or getting no result in a softball game. Children need to be prepared for becoming adults, and this is no way to do it. But becoming an adult leads to other problems.

Despite all the warnings from the founders of the constitution, the politicians have allowed the corporations to take over purely because of their own greed. They let these huge companies get away with billions of unpaid tax, bail them out when they make a huge mistake, and don’t prosecute them for doing something very illegal. They let them pay the absolute minimum salary to their employees, and now, so that they can avoid paying their health insurance, they are letting them cut their hours so they are only part time workers. With the money they save, they get a few more billions to spread amongst themselves as bonuses. Greed is the name of the game these days, and the bullies enforce it.

I wish I had all the answers but I don’t. I do think lobbying and donating money to politicians should be illegal. By anyone. The courts should be independent, and judges appointed because of their knowledge of the law, not their political views. Then we can put these corporations in their place. I have no problem at all with people making money, but when they get greedy I do. Unions get greedy as well, and both are wrong. If we can get happy workplaces back, this filters down to our children, but as long as this greed and total disregard for the less fortunate goes on, the problem is going to get worse.

It's my job to encourage everyone to grow their own trees.

ForestNation’s mission is to help humanity thrive by re-connecting us to nature and to each other.

We don't show you adverts. We don't resell your information. You are anonymous in our site statistics. Cookies are essential to your experience while you navigate through our website. Opting out of some of these cookies will have an effect on your browsing experience. See our full Privacy Policy here.
Privacy Overview

We don't show you adverts. We don't resell your information. You are anonymous in our site statistics. Cookies are essential to your experience while you navigate through our website. Opting out of some of these cookies will have an effect on your browsing experience. See our full Privacy Policy here.

These cookies are absolutely essential for our website to function. They are loaded by default when you interact with different sections and facilities in our website. We anonymize IPs with Google Analytics so that you are anonymous in our site statistic.

Analytics cookies help us understand how our visitors interact with the website. The cookies collect this data and are report it anonymously. If you turn these off some videos will may not play properly.

Save & Accept
For You
Schools
Companies
Menu
More Links
Menu